Prior to the release of Assassin's Creed Mirage in 2023, Ubisoft has today added a new quest to the most recent installment in the series, Assassin's Creed Valhalla, that connect the upcoming title. In a general sense, Mirage is already going to have direct connections to Valhalla as the previous's primary protagonist, Basis, plays a significant part in the story of Valhalla. Now, to make those connections between entries even more overt, Ubisoft has actually added much more new content to Valhalla through the video game's newest title upgrade. 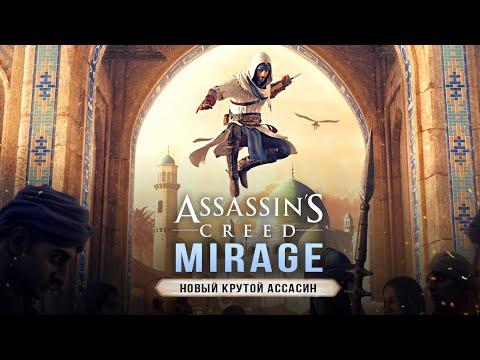 Are you going to seek to have a look at this new quest for yourself in Assassin's Creed Valhalla? And how do you feel about Mirage based upon everything we have seen so far? Make certain to let me know either down in the comments or send me a message on Twitter at @MooreMan12.

All in all, this is a pretty cool move on Ubisoft's part, especially since the publisher had the ability to keep this a secret prior to launch. Whether we'll see more Assassin's Creed video games directly linked in this manner in time stays to be seen, however this new mission definitely helps build anticipation and enjoyment for Assassin's Creed Mirage.

As of this moment, those who own Assassin's Creed Valhalla can gain access to a new mission entitled Shared History. This mission sees Roshan from Assassin's Creed Mirage crossing over with Valhalla's main protagonist, Ivor, for a brief team-up objective. Ubisoft previously didn't notify fans that this quest would be coming to Valhalla, so its release has actually come as quite a surprise. Even better, this objective is offered to bet free, which means that it's not part of the paid DLC that a/c Valhalla has actually gotten in the past.

While this brand-new update for Assassin's Creed Valhalla may be available today, it's still not known when a/c Mirage itself might release. Presently, the next entry in the Assassin's Creed series is broadly slated for 2023 and is set to get here on PS5, PS4, Xbox Series X, Xbox One, and PC.